Is radon really that scary?

Like a moment frozen in time, the radon rises from its source below the city. Silent, invisible and discreet, it enters your home without you even knowing it. With each breath of air it creeps into the chambers of your bronchiole and releases its radiation. Inhale, exhale, inhale, exhale, slowly the alpha particles of its progeny damage DNA further increasing the chances of its cancerous outcome. Are you breathing it right now????


The radiation from radon gas is the number one cause of lung cancer among nonsmokers and the second overall. The dangers of radon have been published by scientists, doctors and governments. The United States EPA, the Centers for Disease Control & Prevention, the World Health Organization, the Surgeon General and countless others advocate the need to prevent exposure to radon gas. Even with the scientific proof, some people believe that information about radon is just people using scare tactics to support the radon mitigation and testing industry. In light of this, we are going to use a few freaky stories to scare you into taking action against radon.

It has been a long day of yard work and chores around the house. You finally got around to rearranging the furniture in your bedroom and got everything positioned just right. After all the hard work you are ready for bed. You shower, turn out the lights and crawl under your comforter. Little do you know that earlier, when you moved the night stand, you stirred something up. It starts as a tickle that you scratch on your leg but nonetheless you fade away into slumber. Gradually, the tickle moves up your side and around to your chest. Slowly, it moves onto your neck, but you don’t even notice it as you sleep there with your mouth open. Dreaming, breathing deeply, the warmth from each exhale is the attraction. You breathe in as the black widow spider, with babies on her back, moves onto your lips and…….

Radon is more dangerous than spiders.

Story #2: Something is lurking in the water.

You earned it. You take your much needed vacation. It’s time to hit the beach and relax after a hard year at the office. You decide to take a swim. With the sun shining on your face and your feet dangling in the dark water below, you suddenly feel the sense of being watched. You hear a splash behind you, but only see a swirl in the water. Remembering the small cut you have on your leg, that it may be spreading a faint blood trail throughout the surrounding water, you begin to panic. Every movement of your body could be the trigger that causes the instinctual response for the shark's attack. Moving slower, it’s difficult to keep your head above water as you look to the shore. It’s too late duh-dun…. Duh-dun…. Duh-dun.. duh-dun, duh-dun, duh-dun.

Radon is more dangerous than sharks.

Tomorrow is the big day, you are planning on having family and friends over for a housewarming party. Having recently moved into your dream home in the suburbs, you are slowly getting used to the arrangement of your kitchen. Working alone preparing the sides for the feast, you feel an unsettling sense that someone or something is there with you…. You turn on some music, brush it off and continue with your preparations. You begin to arrange the table and realize that the place settings are still packed away in boxes down in the basement. You remember that when you were looking for homes to buy, you fell in love with this house with the exception that something just felt strange about the basement. It’s dark and late at night, but you know you need to go downstairs so you can finish setting up for the party. You walk down the steps, each one creaking along the way. You try to turn on the hallway light but the switch isn’t working so you hurry down the hall past your exercise room, your future child's room and into the storage room where you turn on a light. The light is dim but you find the box that you’re looking for. You grab the box and you hear it, a faint whisper of your name. Was it your imagination? You quickly make your way out of the room and down the hallway. You look back and see the faint silhouette of a human. You quickly make your way up the steps but now it’s right behind you! SMACK, the box hits the stairs. The next day your family arrives to find nothing but an empty house and broken dishes on the stairs…..

Radon is more dangerous than ghosts.

Are you afraid yet?

Have any of these scare tactics worked? Hopefully this article will provoke you to either test for it yourself with a radon test kit or hire a measurement provider. To relieve your fears and anxiety about this deadly gas, it is good to know that radon mitigation systems will fix the problem. These systems create ventilation in the soil under the foundation and are usually priced less than $1500 for most homes. Don’t be afraid to buy a house if it has radon because all homes can be fixed. Prevent it from ever being a problem by building any new home using radon resistant new construction techniques. Whatever you do, don’t dismiss this information as just another scare tactic because it could save your life.

SAVE $2.95 on an AirChek® Radon Test Kit when you subscribe to our blog with the button below. 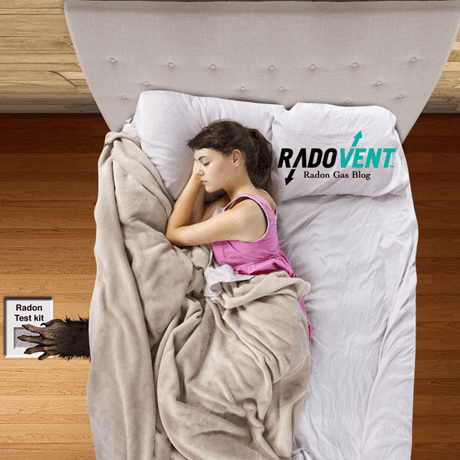 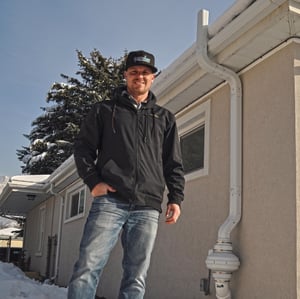